ABSTRACT:
The objective of this study is to distinguish the rice grains of 30 varieties non-destructively using image processing and sparse-representation-based classification (SRC). SRC uses over-complete bases to capture the representative traits of rice grains. In the experiments, rice grain images were acquired by microscopy. The morphological, color, and textural traits of the grain body, sterile lemmas, and brush were quantified. An SRC classifier was subsequently developed to identify the varieties of the grains using the traits as the inputs.
EXISTING METHODS:
• In Existing method, to identify rice grains Fuzzy C means clustering is used for Image segmentation.
DISADVANTAGES:
• It considers only image intensity values.
PROPOSED METHOD
In the proposed approach, we acquired the rice grain images through microscopy at a resolution of approximately 95 pixels per millimetre. The high resolution enabled observations of fine details of the rice grains. The morphological, textural, and colour traits of the grains were quantified, and an SRC classifier was then developed to predict the varieties of the grains using the traits  as  the  inputs.
ADVANTAGES:
• Classification accuracy is high when compared to Exiting methods.
FLOW DIAGRAM: 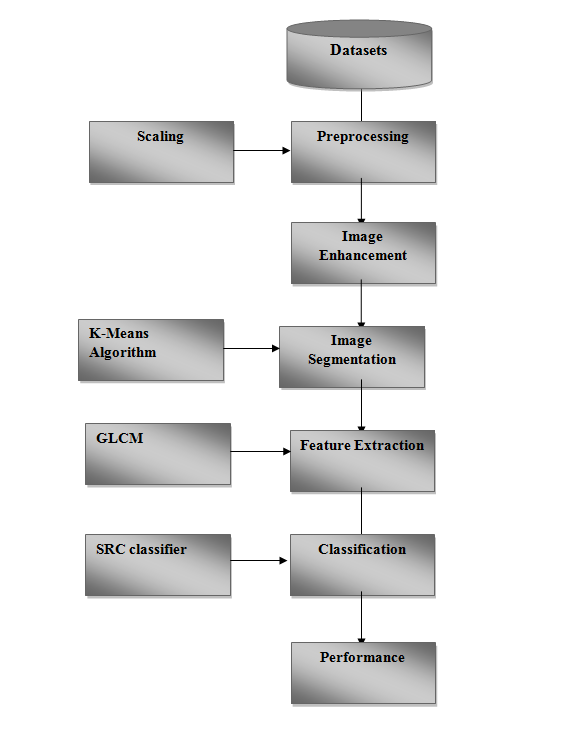